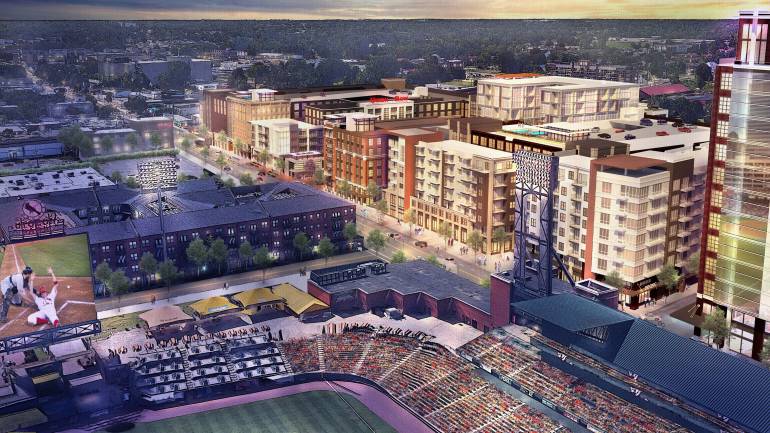 Hundreds of jobs are headed to Memphis after developers for Union Row unveiled a billion-dollar plan expected to change the face of downtown.

Currently, the area is filled with vacant buildings and dilapidated structures, but pretty soon the revitalization project will cover almost 30 acres of downtown Memphis.

Phase 1 is estimated to cost $500 million and can happen as early as next year. The city of Memphis has been working with developers and Big River Partners for a year and a half on the multi-use development.

“You have to look at the demand of what’s wanted, hotels, offices or apartments and you got to make it blend and work together where you have walkability that’s good for everyone,” said Kevin Adams, Managing Partner with Big Rivers Partners.

The project has been designed to connect a once blighted area to the Beale Street Entertainment District, the Medical District, and the Edge neighborhood.

“We knew that we were growing, and we didn’t want to be like Nashville and worry about affordable housing after the boom when people already gotten displaced. We see the growth coming, so we said we have to provide for quality, affordable housing,” said Memphis Mayor Jim Strickland.

The new project will include:

“It has a 28% MWBE goal, that’s 28% on a billion dollars. It can be a game-changer for small, minority, women owned businesses,” said Joann Massey, Director of Business, Diversity and Compliance for the City of Memphis.

Construction is set to begin by the beginning of 2020. Currently, developers are going after the permitting to do demolition which should happen before the end of 2019.